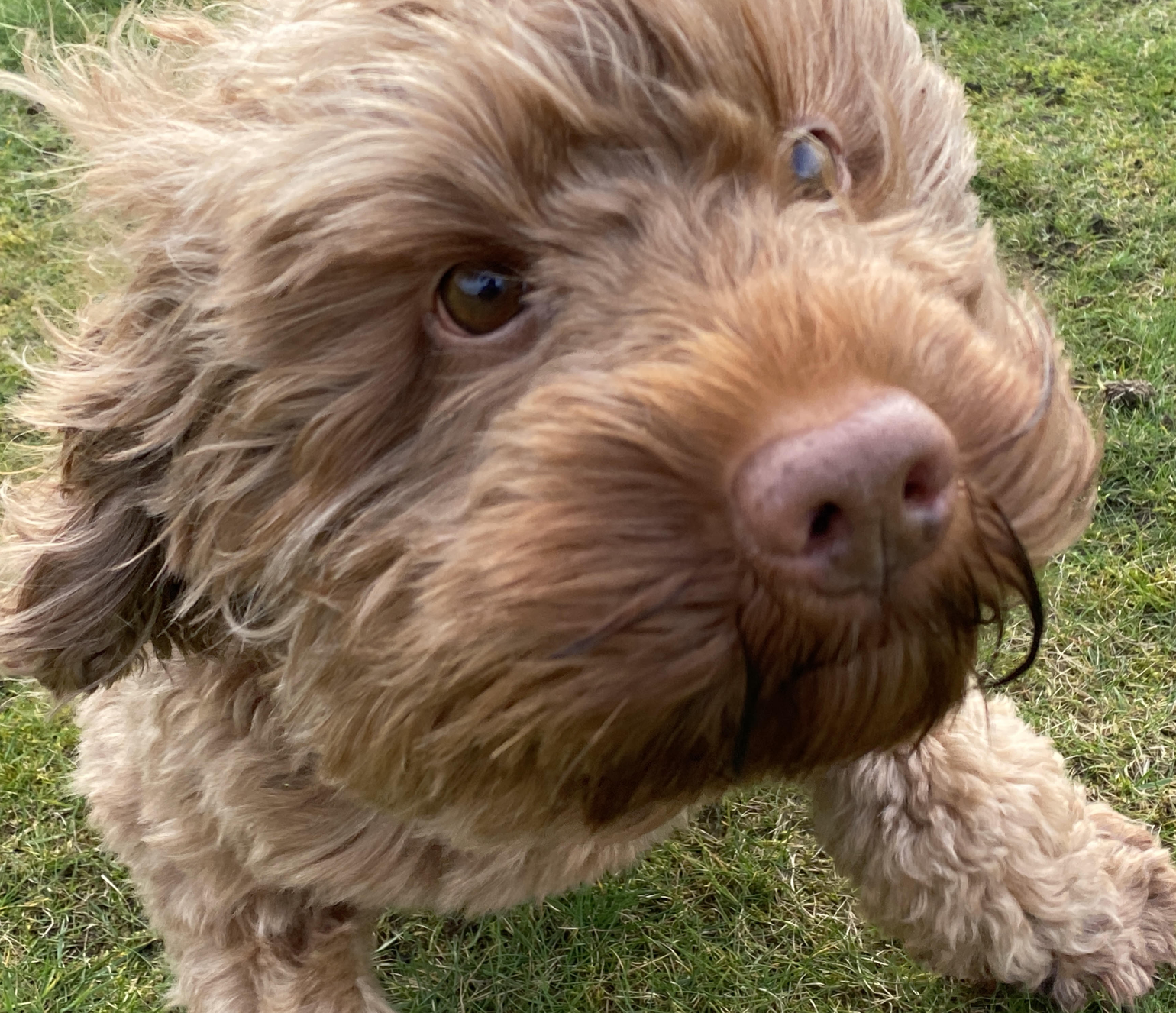 Hudson a five year old Australian Labradoodle has joined the team at HomeOnFilm!

His main job will be to source locations to film throughout Lancashire and he’s already been on the move looking for areas to film.

Hudson is driven by historical artefacts and on a visit to Barrowford unearthed two ancient bones so the decision was made to start our filming campaign in the village of Barrowford!

The HomeOnFilm team will be based in the village at the beginning of March and the production of 36 location films will begin in and around the Pendle and Burnley areas.