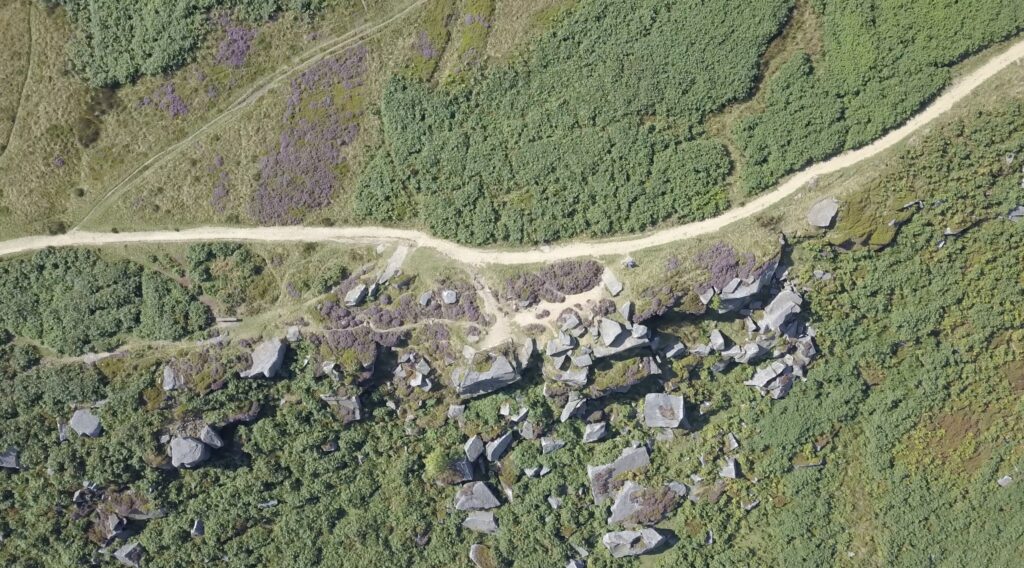 It’s the closest shots we could get of the writing on the #SwastikaStone on #IlkleyMoor and no one knows what it means!

Two inscriptions, one a design resembling a Swastika the second is unusual writing.

It’s location is Woodhouse Crag on the northern edge of Ilkley Moor and it’s around  half an hour uphill walk through forestation to reach the moor summit where the stone is.  The design has a double outline with four curved arms and an attached S-shape, each enclosing a so-called ‘cup’ mark, the like of which can be found on other stones nearby also. The design is unique in the British Isles.

One theory is troops stationed in Ilkley during Roman occupation were recruited from the Celtic Lingones. This tribe was native to Gaul, but in around 400 BC, some migrated across the Alps to the Adriatic coast. Some believe the Ilkley Lingones were recruited from here rather than from Gaul. It is possible that the Italian Lingones passed through the Valcamonica region at some point, took on the swastika designs they found as part of their tribal symbolism, and carved it on the nearby moor when stationed in Ilkley.

But, there is no real proof and quite honestly no one knows what the sign and wording means, a 2,000 year old mystery!

A new location film is in production of #Ilkley and its landmarks coming soon to; www.homeonfilm.com this will include the nearby village of #BenRydding 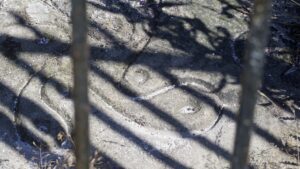