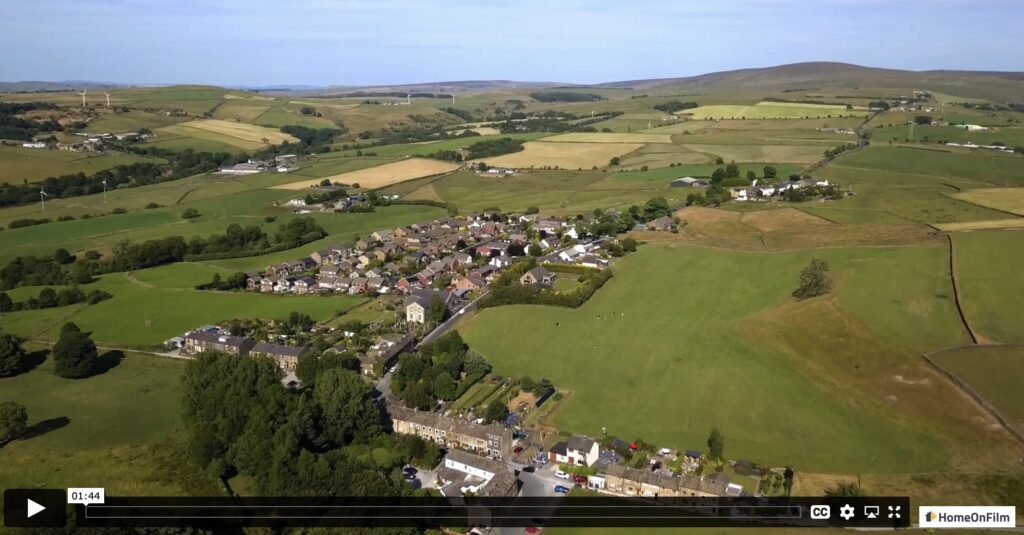 The film of Wycoller features Wycoller Hall originally home to the Hartley family, and passed through marriage to the Cunliffe family in the early 17th century.

The hall was built in 1550 by Piers Hartley, and was extended in the late 18th century by its last owner, Squire Cunliffe. The structure was dismantled in 1818, and reused in the construction of a cotton mill, to help repay debts owed by Henry Owen-Cunliffe, who was the last Cunliffe to live at the hall. He was born Henry Owen of Sheffield and was left the Hall by a distant uncle (Cunliffe) if he changed his name to Cunliffe and educated himself. The hall subsequently fell into ruin and is reputed to be haunted by a variety of spectres. Like the bridges, it is both a Grade II* listed building and a scheduled monument.

‘Ferndean Manor’ in Charlotte Bronte’s novel Jane Eyre is thought to be based on Wycoller Hall and the Bronte Way passes through here, leading to the Bronte sisters’ home in nearby Haworth.

By David Varley Posted in News on 27th September, 2022